LG has pledged that it will continue to issue future Android OS updates to many of its smartphones, even though the company confirmed earlier this week that it is dissolving its smartphones venture.

The Velvet, Wing, and G- and V- series phones from 2019 or later will be getting three Android updates from their years of release. In addition to that, some 200 models like LG Stylo and K series will get 2 updates.

For instance, the Velvet, which came out last year with Android 10, is undergoing the Android 11 rollout currently.

Let’s take the Velvet as an example. It will get Android 12 and Android 13, assuming that Google continues to do yearly releases. LG previously has described this as a “three-year pledge” and a “three-OS guarantee.”

The announcement comes as a surprise because LG phones generally would not have expected to get as many updates, even when the company was still in the phone business.

LG announced a dedicated “Software Upgrade Center” in 2018, but not much changed which makes this pledge seem like the company is doing a bit more than we are used to.

Earlier this week, the company’s Korean website showed that some chosen models would also get the Android 12 update.

There are some things to figure out here but, it seems that the company is committed to not leave its customers out in the cold. By July 31, LG expects that its phone business will shut its doors for good.

If you would like to see the status of the Android 11 rollout, you can go to the LG Germany website. Hardware support, like repairs, will continue but, accessories could be limited. 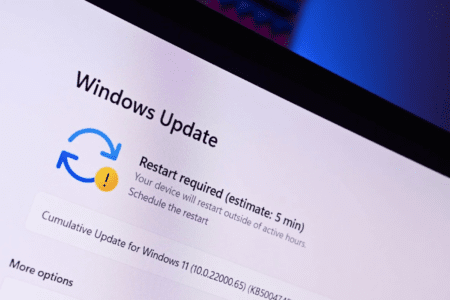 Windows 7 recovery discs may not work after recent Windows updates Android apps will be available on Windows 11 this February