IBM is working on one of the biggest SAP migrations of all time. The tech giant is moving its software-as-a-service and payment systems to S/4HANA, SAP’s cloud ERP solution.

IBM has good reason to promote the project. The tech giant is one of the cloud providers offering services for S/4HANA migrations. By migrating its own workloads, IBM demonstrates what it can do for customers.

The first step is moving all software-as-a-service and payment systems. IBM did not disclose the infrastructure that its workloads are currently running on. The final destination, however, is clear. The workloads are being migrated to IBM Power hardware running the Red Hat Enterprise Linux operating system. Once the transformation is complete, all of IBM’s US revenue ($58 billion) will be processed with SAP S/4HANA.

SAP S/4HANA is a complete cloud platform for ERP. Capacity can be scaled up in an instant.Unlike organizations with on-premises ERP systems, users don’t have to dwell on expansions.

S/4HANA is perfect for fast growers, but difficult to implement. Most organizations have been working with on-premises ERP systems for years. The more data and workloads an organization builds up, the more complex the move to the cloud becomes. That’s why SAP has a special offer for organizations that want to take the step: RISE with SAP.

The offer consists of several technologies and services for migrations to S/4HANA. Some services are provided by SAP’s partners, including cloud providers IBM, AWS and Microsoft. When opting for IBM’s service (RISE with SAP for IBM), S/4HANA is deployed on the IBM Cloud. In a way, IBM is currently providing the service to itself.

RISE with SAP for IBM

The IBM Consulting division is responsible for all migrations to S/4HANA, including the current one. IBM Consulting employs more than 38,000 trained SAP consultants. Ultimately, clients’ workloads end up on IBM Power systems running Red Hat Enterprise Linux. Most workloads and systems qualify for a migration: IBM Consulting devises an approach for each workload and performs the technical work. 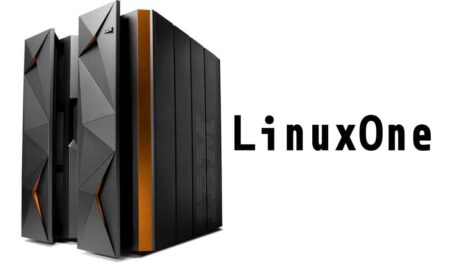