According to the Microsoft 365 development roadmap, Microsoft is working on a faster client for Android dubbed Outlook lite.

The upcoming Outlook Lite app for Android was mentioned in the roadmap on June 30. According to the entry, Microsoft intends to make the software generally accessible worldwide in July 2022. “The Android app brings the main benefits of Outlook in a smaller app size with fast performance for low-end devices on any network”, described a spokesperson.

At first glance, the entry is somewhat confusing, as Microsoft already offers a product called Outlook Lite in some countries. There are multiple references to a lite version of Outlook for Android in numerous documentation, including this support post. The support post states that Outlook Lite does not allow work or school accounts, just personal Outlook, Hotmail, Live, and MSN accounts. As such, the newly announced version could be referring to an upgraded or more widely accessible product.

Outlook Lite isn’t the only Outlook release underway. Microsoft is currently putting its brand-new One Outlook client through public testing. The project, which resembles Outlook.com in terms of appearance and feel, was designed to replace all current Windows en web versions of Outlook with a universal client. MacOS is left out. 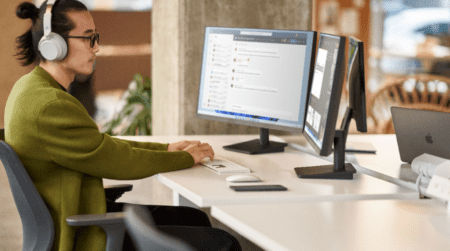