As of 30 November, Listings and Connections will no longer be available. That’s just over a year and a half of their existence. Most users were in Canada, the United States and the United Kingdom. It is not clear why Microsoft is stopping, although it probably has to do with a small number of users and a new strategy around SME apps.

The two apps were available under the Office 365 Business Premium and Microsoft 365 Business offerings. Listings is an app used to publish business information and is described by Microsoft as an online presence management tool. Connections is an e-mail marketing tool.

However, the apps will no longer be supported at the end of November. According to Microsoft, the choice affects a limited number of customers. They are actively approached by the company and are told what a good alternative might be.

Microsoft has two other SME apps, for which it has slightly changed the strategy. The Business Center portal, within which the four services were available, will be completely discontinued. Instead, the apps that will soon be supported will be integrated directly into the Office 365 App Launcher.

This concerns the Bookings and Invoicing apps. Microsoft Bookings is an app that is particularly suitable for calendar management and Invoicing, as the name implies, is an app for drawing up and sending invoices. Both apps will soon be updated and will be integrated with Microsoft Pay. 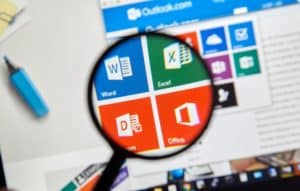