Although most remote workers claim to be productive, the vast majority of leaders find it difficult to trust the productivity of employees who work from home. Microsoft urges companies to “end productivity paranoia” in a new report.

The tech giant examined the effectiveness of hybrid work. Microsoft spoke to 20,000 professionals and analyzed “trillions” of Microsoft 365 signals. In its report, the tech giant states that leaders have a distorted view of remote workers.

87 percent find it difficult to trust the productivity of remote workers, even though Microsoft 365 user data shows that employees are becoming increasingly productive. Moreover, nearly nine out of ten employees believe they’re productive.

Microsoft sees a clear gap between the perceptions of leaders and employees. “Today, leaders and managers can’t ‘see’ who is hard at work by walking down the hall or past the conference room”, the tech giant said. “Many are missing the old visual cues of what it means to be productive.”

Leaders who manage both remote and office workers have greater trust issues than managers who deal exclusively with office workers (49 percent versus 36 percent). According to Microsoft, the trend has negative consequences. Instead of strolling around the office, managers look to technology to measure productivity. “This has led to productivity paranoia”, the tech giant said.

Managers are losing confidence, but according to Microsoft, employees actually work harder. User data from Microsoft 365 indicates that the amount of Teams meetings rose by 153 percent last spring in comparison to the start of the pandemic. “Leaders fear that lost productivity is due to employees not working, even though hours worked, number of meetings and other activity metrics have increased”, Microsoft added.

The tech giant urges organizations to bring an end to ‘productivity paranoia’. “Leaders need to pivot from worrying about whether their people are working enough to helping them focus on the work that’s most important”, Microsoft said. “81 percent of employees say it’s important that their managers help them prioritize their workload, but less than a third say their managers have ever given clear guidance during one-on-ones.”

“Showing employees that you care requires creating a continuous feedback loop—listening and taking action consistently”, the tech giant continued. “Only 43 percent of employees can confidently say their company solicits employee feedback at least once a year—meaning over half of companies may rarely, if ever, ask and hear about their employees’ experience at work.”

Microsoft suggests two areas of improvement in the report’s summary. The tech giant advises organizations to reward employees for the impact of their work rather than the volume of their work. In addition, Microsoft advises companies to regularly collect and process feedback. “Closing the feedback loop is key to retaining talent”, the tech giant concluded. 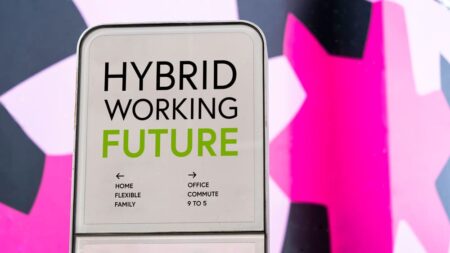