Google has announced that its Database Migration Service is now generally available. The tool assists companies in migrating their database to Google Cloud.

With Database Migration Service (DMS), users can migrate MySQL and PostgreSQL databases to Cloud SQL. Normally, such a migration requires the use of additional servers to provide the extra processing power needed. Moreover, a lot of manual work is involved. Google promises that support for Microsoft SQL Server will be added later this year.

Database Migration Service supports migrations from both on-premises databases and databases in the cloud. It uses the native replication capabilities in MySQL and PostgreSQL and should maximise security, accuracy and reliability, writes ZDNet.

Google announced Database Migration Service last November. The company promised a simple wizard that allows administrators to transfer their own configuration, network options and scripts. After completing the wizard, the data is transferred over a secure connection.

Since the announcement, several customers have already used the service, including Accenture, Comoto, DoiT, Ryde and Samsung. Freedom Financial Network reportedly managed to migrate and synchronise its large MySQL databases in approximately 13 hours using the tool. The company had planned for a downtime of two to three hours for each of its applications, but in practice, it was only ten minutes.

“DMS had step-by-step instructions that helped us perform the migrations successfully, without any loss of data,” Christopher Testroet, Freedom Financial Network’s Principal Engineer, wrote in a blog post. “With DMS and Google Cloud’s help, we transformed our monolithic architecture to a microservices architecture, deployed on GKE and using the Cloud SQL Proxy in a sidecar container pattern, or the Go proxy library, to connect to Cloud SQL.” 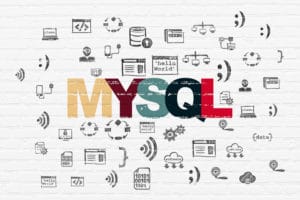