The Firefox web browser has released a new version for both desktop and Android. According to Mozilla, Firefox 64 comes with a few useful features for more intensive use of tabs and extensions.

Users can now get suggestions for new and relevant Firefox features, services and extensions. All this is based on how a user uses the Internet. The function does not work in private mode and would not be based on browser history.

Mozilla recommends the Google Translate extension as an example if the browser determines that the natural language tool of Google is being used all the time. For the time being, the function is only available to American users and only for three extensions (in addition to Google Translate, Facebook Container and Enhancer for YouTube).

You can also select several tabs at the same time to group them together for the purpose of moving, closing, bookmarking or pinning them. In addition, Firefox’s task manager now also displays the power consumption of individual tabs, making it easier for laptop and Android phone users to discover and eliminate intensive, energy-guzzling browsing tasks.

Mozilla also states that Android devices can count on improved scroll speed, in addition to a number of other performance-related measurements. Although there would be no new, groundbreaking techniques that have been added to version 64.

Earlier this month, Mozilla announced that it is working with Qualcomm to optimize its web browser for ARM devices. Microsoft would like to embrace ARM chips with Windows 10 and for this reason recently started supporting ARM64 applications. Mozilla and Qualcomm work closely together to make web browser Firefox ARM compatible with Windows 10. 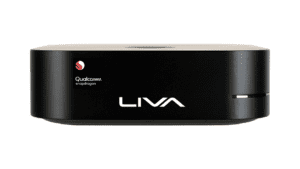