Apple forecasts fewer shipments of iPhone 14 models than initially indicated due to a significant reduction in production at shutdown plants in China, lowering its sales expectations for the key Christmas season.

Demand for premium iPhones built at Foxconn’s Zhengzhou facility in China has helped Apple maintain a strong position amid an industry pummeled by consumer spending cuts in the face of rising interest rates and inflation.

However, Apple has been impacted by China’s COVID-19 policy as of late, resulting in overseas organizations like Canada Goose Holdings and Estee Lauder Companies closing local stores and cutting projections.

According to Reuters, COVID-19 constraints may cause iPhone production at Foxconn’s Zhengzhou facility to drop by up to 30 percent in November. The plant is located in central China, employs over 200,000 people and has been shaken by severe COVID-19 policies, with many workers abandoning the site.

Due to the factory’s problems, market analyst TrendForce lowered its iPhone shipping forecast for October-December by 2 million to 3 million devices from 80 million, noting that its inquiry indicated capacity utilization rates of around 70 percent. Customers can expect prolonged waiting times, according to Apple, which started selling its iPhone 14 line in September.

China recorded the greatest number of new COVID-19 cases in six months on Monday, causing widespread disruption in the world’s second-largest economy. Over the weekend, Health officials stated that they would maintain rigorous COVID-19 controls, upsetting investors expecting a reprieve. 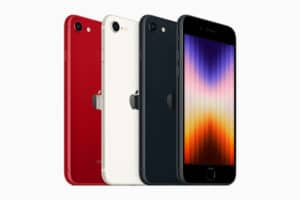