Google adds Compose Actions to the add-ons of Gmail. This allows developers to integrate their business apps directly into the email window. The integrations are available for G Suite, which is intended for business users. Dropbox, Box and BitBucket, among others, have already made functions available.

That’s what Google reported today in a blog post about the new features. They are mainly aimed at streamlining the workflow of employees. Google writes that people spend an average of eight hours a week searching for, or confirming, information. By combining all these functions as much as possible in its service, Google thinks it can shorten this process.

Multiple integrations are available at launch. For example, a Dropbox integration that was already available in the regular version of Gmail has now also been released for G Suite users. The add-on allows users to send Dropbox links and download Dropbox files directly into their Gmail window. Box also has an add-on, which also makes it easier to work with attachments.

If Gmail also detects a Jira or BitBucket link in your email, the Compose Actions allow you to take immediate action. The same applies to the Atlassian Cloud Add-On. If you continue to use Egnyte, you can use the add-on to save attachments in Egnyte and link to files and folders without leaving Gmail.

Google reports that more of these add-ons will be launched in the near future, so that the Compose Actions can be used widely. As soon as a user activates a certain add-on, it can be used in both the mobile and web version of Gmail. G Suite administrators can also easily whitelist the add-ons of their choice. 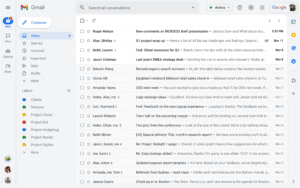 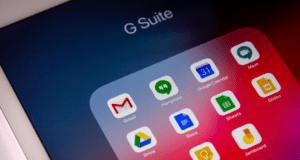