In the first season of SailGP, participating teams broke the barrier of 50 knots (over 92 km/h) with their foil catamarans. The second season starts on April 24. This year it should all get even better, thanks to the use of Oracle technology, if we are to believe Oracle at least.

You can think of SailGP as a brainchild of Oracle founder Larry Ellison. As a fanatical sailor, he set up and largely financed this sailing race. He has since sold on part of his interest, but Oracle is still involved in the series of eight races. A lot of data has to be processed, since a SailGP F50 catamaran transmits no fewer than 30,000 data points every second. The underlying infrastructure must of course be able to cope with this. Given the history of the race, it is more or less logical that this is Oracle infrastructure.

In the second season, which kicks off in Bermuda on April 24, the capabilities in this area have been pushed a bit further than was the case in the first season. Oracle Cloud Infrastructure (OCI) is obviously the hub around which everything revolves, specifically Stream Analytics and Autonomous Data Warehouse.

The idea behind SailGP is that all eight national teams work with the same data. That means not only data from their own catamarans, but also the open data of other teams. In this way, the teams, who work with identical equipment, propel each other to greater heights. It’s what they do with the available data that makes the difference.

Over the course of the eight races and spread across the eight boats, the amount of data involved is enormous. Oracle informs us that OCI will process no less than 80 billion requests during the season. These all end up in an Autonomous Data Warehouse in the OCI region in London. There they will be analyzed and forwarded to anywhere in the world. All this must take place within two tenths of a second. The fans who follow the races will thus have real-time insight into the course of them. This is not just about ‘dry’ data that you can plot on a map or graph. Live audio and video shot on board the boats are also included. These are then passed on for live transmission to 175 different regions.

In the second season, all this happens differently than in the first. This time, all activities around data and production take place remotely. No one needs to be on-site. This significantly reduces travel movements and lowers costs and the burden on the environment.

For teams and fans

As mentioned above, the data is not only for the teams themselves, but also for the fans. Stream Analytics makes autonomous decisions in real time and ensures that all data is put into a single stream. In season one this was not yet possible and teams had to make do with ten streams. With a single stream it should be easier for teams to create data dashboards with all relevant information. Fans also get a new experience with this data. They will get a better second screen experience through better dashboards than in the first season.

One last piece of news surrounding SailGP is that a SailGP simulator will be available starting this season. This will also run in OCI. Having a simulator is quite helpful, because there is not that much time to train for races. So now that can be done virtually, from anywhere, with full equipment. You can test different set-ups and race conditions with this. In the future, fans will also be able to do this during SailGP events. They can then race against a computer or against each other virtually.

Oracle is involved not only with SailGP, but also with Red Bull Racing in another sport with GPs, Formula One. 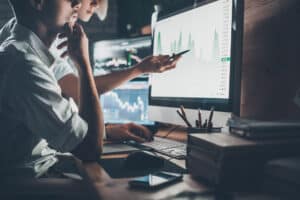 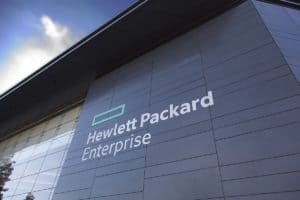 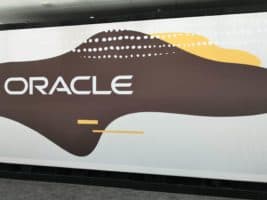