Apple’s stock slipped by 2 percent after Bloomberg published a report indicating the tech giant plans to scale down its operations next year – including slowing hiring and cutting spending.

Insider sources told Bloomberg that the cuts will only affect certain business units, whereas other departments are going to perform as usual. If the report is correct, Apple will be joining a suite of tech corporations that announced their own cost reduction initiatives in recent months.

Microsoft has officially confirmed it will hire fewer people for Windows and Office for the foreseeable future. Moreover, an internal Google memo leaked by The Verge revealed that the search engine giant will be slowing recruitment and “consolidating where investments overlap and streamlining processes”.

Despite the trend, the report worried investors on Wall Street. After rising earlier in the day, Apple’s shares fell by less than 2 percent when the news broke. Nonetheless, the company will proceed with its initial plans of launching several products next year – including their highly anticipated mixed-reality headset.

According to the latest rumors, the headset will have the MacBook’s M2 system-on-chip from Apple’s latest headsets, promising smooth and fast performance. In addition, insiders claim the company will be launching four new iPhones, an updated Apple Watch, and several MacBooks. Many of these new products are expected to house the latest M3 technology, which is much faster than existing hardware. 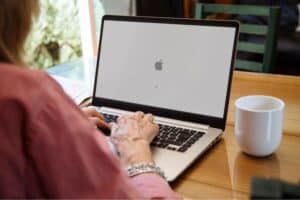