Qualcomm wants to become less dependent on its processors for smartphones and is therefore going to refocus on the production of server processors.

This according to sources of Bloomberg. Qualcomm recently posted disappointing results and saw its sales of smartphone processors in particular fall. This is due to geopolitical and macroeconomic conditions.

To compensate for this disappointing income, the chip manufacturer is looking at other possibilities and possibly at server processors again in the crosshairs. This is a market segment of no less than 27.7 billion euros ($28 billion).

Qualcomm had previously been active with server processors, but exited the market segment four years ago. The reason for this was necessary cost reductions and a fight to prevent the manufacturer from being taken over by Broadcom at the time.

The new impetus towards the server processor market was supposed to come from the startup Nuvia, which was acquired last year. The reason for this acquisition was primarily more technology for high-end processors for smartphones and PCs, but the startup has processor technology for servers as its base.

The return of Qualcomm to the server processor segment makes this market segment even more competitive, according to Bloomberg. Especially since the demand for these types of processors will only grow in the near future due to the needs of the three major hyperscalers in particular. The news site expects that Intel in particular will suffer, because this manufacturer has to compete against an increasing number of other suppliers.

Tip: ‘Sales of smartphone chips down due to economic conditions’ 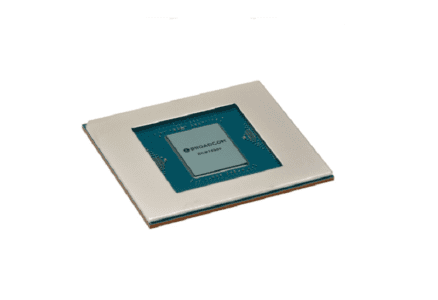