The new versions are optimised for edge and IoT applications

Intel released new versions of its 12th-generation Core processors optimized for edge and IoT applications, according to a report in The Register. Intel claims the purpose-built chips enable smaller form factor designs and AI inferencing performance to analyze data right at the edge, the report says.

“This multichip package features our performance hybrid architecture with Intel Thread Director and an integrated PCH, plus integrated Intel Iris Xe graphics with up to 96 graphics execution units and four display pipes — all in a 12W to 65W processor assured power range, 15W to 45W base power range.”

The 15W parts feature up to 10 CPU cores and the 45W parts 8 to 14 cores. Up to 6 of these cores are multi-threaded Performance cores (P-cores), while up to 8 are single-threaded Efficient cores (E-cores). The Intel Thread Director capability introduced with Alder Lake monitors thread performance to ensure that workloads get assigned to the right cores.

Jeni Panhorst, Intel VP and general manager of the Network and Edge Compute Division, stated that the new processors were designed for a wide range of vertical industries. “As the digitization of business processes continues to accelerate, the amount of data created at the edge and the need for it to be processed and analyzed locally continues to explode”, she said. 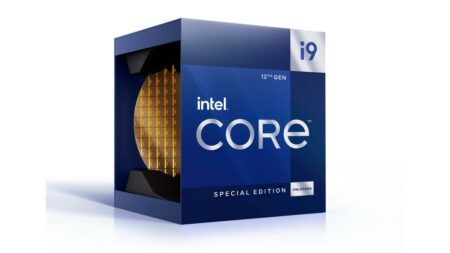