The GSMA has decided to officially cancel the Mobile World Congress, the organization told Techzine. The official reason for cancelling the event is the Corona virus.

Last week, a kind of domino effect happened when one company after the other announced not to participate any longer in the annual event. This despite the fact that these companies had previously promised to come, reserved a space for a huge booth and had probably already booked flight tickets, hotels and event staff.

The companies considered whether it would be wise to participate in a large event in which many Chinese people also participate. They may also come from areas where the Corona infections occur. The tech companies do not dare to expose their staff and top managers to this risk. They would rather skip this year.

LG was one of the first manufacturers that withdrew. That might have caused more companies to investigate what was the best choice to make. Ericsson was one of the major cancellations. Together with Nokia and Huawei, Ericsson is one of the most important brands behind the Mobile World Congress. After Ericsson cancelled, Nokia clearly hinted that it had doubts and then decided to cancel. In addition, telecom providers slowly started to cancel as well.

The organizer of the MWC is the GSMA, an association of manufacturers and telecom providers, whose board is made up of 25 major telecom providers. When the telecom providers withdrew, it was clear that the board of the GSMA was divided. Attempts were made to have Barcelona declare a state of emergency so the GSMA could rely on insurance to cover its costs. The local government stated that this was not the case, because there were virtually no Corona infections in Spain, not in Barcelona anyway.

In the end, however, it was decided to cancel the whole event, which will undoubtedly incur some costs. Many of the 100,000 visitors who come every year have already paid for their flights and hotels. The GSMA will not reimburse these costs. It will also undoubtedly cause displeasure among these people.

Cancellation may be the right choice in terms of people’s health. Although we suspect that the complete cancellation of the event is more due to the lack of partners. The vacancy rate in halls 2 and 3 had risen to about 50 percent. The value of the event was minimal by now.

Next year Mobile World Congress will most likely return to Barcelona, although it remains to be seen how this situation will be handled. If the GSMA is strong enough to survive this blow. 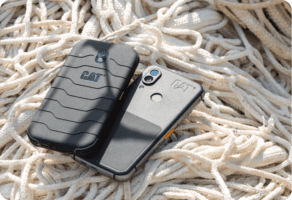