The European Central Bank took a first step toward launching a digital version of the Euro on Wednesday. This is in part to meet the global demand for electronic means of payment, as well as take on the cryptocurrency boom.

The electronic equivalent of paper and coin currency in the EU will most likely be a digital wallet of some sort that citizens of the bloc can keep at the ECB rather than a commercial bank.

The ECB’s Governing Council on Wednesday formally approved the investigation phase of the project, which should last 24 months, followed by three years of implementation.

The control of a central bank

The initiative seeks to avoid leaving digital payments solely in the hands of the private sector, given that the use of physical cash will decline, as evidenced by countries like Sweden.

President Christine Lagarde of the ECB said that the institution aims to ensure that the digital age continues to avail citizens and firms with the safest form of money, central bank money.

The ECB will work on designing a digital euro after consulting stakeholders that include retailers and bankers.

The process will start with EU lawmakers to enact legislative changes that may be needed if the digital euro is to go forward since it was not something the bloc’s founding treaties foresaw.

Fabio Panetta, an ECB board member, told an EU lawmaker in a letter that a discussion will happen by the end of the year, to talk about policy objectives and the uses of a digital euro. The talks will also take into account the global context concerning a digital euro.

Already the ECB conducted experiments last year finding no major technical obstacles with the ledger, privacy, safety, and offline use of a digital euro. 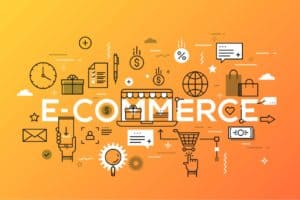 Digital consumer turns the world of business on its head