Following a €225 million fine from the Irish Data Protection Commission in September, WhatsApp has introduced “edits and clarifications” to its data privacy policies in Europe.

The modifications aim to “clarify” and “amplify” policies for those who don’t use WhatsApp, as well as clearly illustrate how WhatsApp keeps and erases data. In addition, Meta, which also owns Facebook and Instagram, is clarifying several sections of its privacy policy.

Last year’s €225 million penalty, the largest GDPR judgment imposed by the Irish data protection authority and the second highest in Europe so far, was charged for failing to explain how it handled consumer data sufficiently.

The tweaks are not too significant

WhatsApp, which happens to be Ireland’s most popular messaging service, claims that users would not be forced to consent to the modifications or implement any measures to continue using the service.

According to the corporation, the adjustments do not amount to significant changes in its procedures or contractual arrangements with consumers.

In a statement, the company said that after engaging with the Irish Data Protection Commission regarding transparency, it made a small number of additional edits and clarifications to its November 2021 privacy policy for users in the bloc.

The company clarified further, saying that the move does not change how it operates the service, including data usage and processing. It says it does not share the data with anyone, including the parent company Meta.

Last year, WhatsApp created a stir when it revealed revisions to its privacy policy that seemed to give the company more authority over users’ data.

For Meta, data flow between Facebook and WhatsApp for marketing purposes has been a long-standing concern. In the United States, data sharing between the two services is permitted. It is unlawful to do so in the EU. 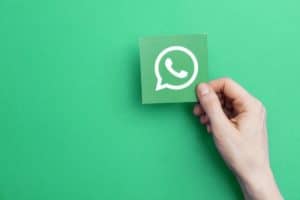