A French court reduced a fine against iPhone manufacturer Apple for suspected anti-competitive behavior to 372 million euros ($366.31 million) from 1.1 billion euros before.

The first penalty was levied in 2020 by France’s antitrust authorities for Apple’s anti-competitive behavior toward its retail and distribution network.

It was the largest fine by the antitrust commission at the time, which said Apple forced rates on retail premium resellers to line prices with those offered by the California corporation in its stores or on the internet.

The court upheld the watchdog’s claim that Apple exploited merchants

According to one of the two sources, the appeals court upheld the antitrust watchdog’s claim that Apple exploited merchants’ economic dependence on the business but dismissed the fixed-pricing charge. The same source said that the appeals court also decreased the period span of the claim of a supposed limitation of the wholesalers’ customers.

According to the source, the court also agreed to considerably reduce the rate used to determine the ultimate fine, citing that the French antitrust authorities used a high rate in 2020 due to Apple’s size and financial muscle.

Apple has stated that it would appeal the ruling. It made no indication of the amount it was supposed to pay.

Although the court correctly overturned part of the French Competition Authority’s judgment, Apple said that it thinks the move should be reversed in its entirety and intend to appeal.

The corporation argues that the ruling pertains to procedures that it says even the French government doesn’t use anymore. The appeals court’s representative declined to comment on the specifics of the ruling but stated that the court “partially confirmed” the antitrust watchdog’s findings. 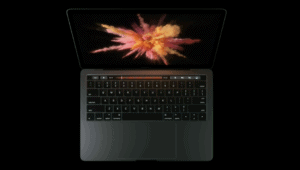