The Military Intelligence and Security Service (MIVD) has foiled a hacking operation by the Russian military secret service, the GROe, at the Organisation for the Prohibition of Chemical Weapons (OPCW) in The Hague. Four Russian spies were arrested and expelled from the country.

That has just been announced by Secretary of Defense Ank Bijleveld. The Minister made it quite clear that Russia must stop doing this. The Russian ambassador was summoned earlier in the day and must convey this message to Moscow. By making the operation public, we are showing that we do not tolerate this, says Bijleveld.

The operation of the STIB took place on 13 April this year. Employees of the GROe tried to hack into the OPCW’s wifi network, but that was prevented. According to MIVD director Onno Eichelsheim, serious damage has been prevented. The threat is also present in the Dutch streets. De GROe is active, also here in the Netherlands.

Around the time the hacking attempt took place, the OPCW investigated the poisoning of Sergey Skripal, a double agent who was murdered in England by two Russian intelligence officers. The OPCW also investigated a chemical attack on the Syrian city of Duma.

The four Russians travelled to the Netherlands on 10 April, but were recognised by the STIB as intelligence officers as soon as they arrived. By the way, they travelled with a diplomatic passport. On the 11th and 12th of April, research was done into their goal with the trip to the Netherlands and the foursome turned out to focus on the OPCW. Specialist equipment was found in a car rented by the Russians.

Earlier today, the British reported that they have evidence of Russian interference in elections in Western countries. In response to that news, but also that of Minister Bijleveld, Prime Minister Mark Rutte and colleague Theresa May reacted with condemnation. Together they write in a statement that the GREW does not care about international values and the rule of law that protects us all.

“The GROe’s reckless operations range from destructive cyber operations to the use of chemical agents, as we saw in Salisbury. According to the statement, the fact that two GROe operations have been reported on today serves as a message to the Russians. We will continue to defend the international rule of law.

NATO boss Jens Stoltenberg also speaks out against Russian actions. Stoltenberg calls on the Russians to stop trying to undermine international law. According to him, NATO will continue to set up defence networks against cyber attacks. 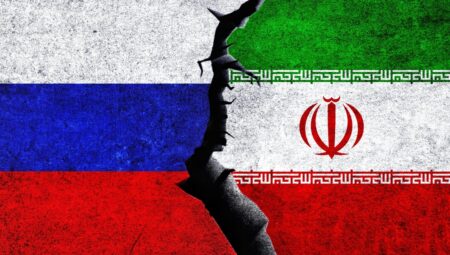