The American security company Recorded Future claims to have discovered the identity of a hacker who was behind the sale of a series of databases in 2016, reports among others ZDNet. The databases were of companies like MySpace, Badoo, Dropbox, LinkedIn and Twitter.

The hacker’s pseudonym is Tessa88. However, Recorded Future claims that a 29-year-old Russian named Maksim Vladimirovich Donakov is behind the account. Tessa88 and Peace_of_Mind were behind a series of mega-hacks that came to light in 2016.

Some of the databases that Tessa88 advertised online contain user data of the aforementioned companies. Peace_of_Mind sold some of the same databases, but also some that were unique to him. Both hackers, however, were not the ones who managed to break into the companies. Both indicated in various interviews that they were only an intermediary for a larger group of hackers who actually carry out the attacks.

Both intermediaries were not active for long. Researchers saw Tessa88 actively selling its databases on underground hack forums and marketplaces on the dark web between February and May 2016. However, Recorded Future says that they were able to link various online identities to Tessa88 and later to Maksim Donakov.

The main evidence was photographs of Donakov’s face on various profiles, to which several alternative names of Tessa88 were linked, and a YouTube video showing the registration number of one of Tessa88’s alternative names, which was later linked to a traffic accident. Donakov’s real name became known.

American prosecutors have already arrested, charged and extradited a Russian hacker named Yevgeny Nikulin. He is accused of hacking into Dropbox and LinkedIn. Those were two of the databases that Tessa88 sold in 2016. 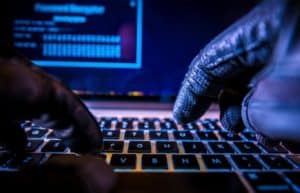