With the update, the cyber security specialist responds to the wishes of end users for its cloud-based security platform to have the same high security features as, for example, on-premise security gateway appliances can have.

Cloud-based security platforms often have to deal with latency. This is mainly because it is important to what extent the cloud gateways have been removed from customers. This often requires a global cloud platform. With 250,000 servers in 1,500 networks and in 150 countries, Akamai claims to be able to deliver this of course.

With the latest update, according to the cybersecurity specialist, tools have now been added that were not really possible before. In concrete terms, this concerns functionality that enables end users to run all their web traffic via the Enterprise Threat Protector service. This is done via a light client at endpoints or by forwarding all Internet traffic from an existing proxy.

The forwarded traffic is screened by the cloud solution based on Akamai’s own real-time DNS and URL threat intelligence. This allows a lot of malicious traffic to be stopped before an IP connection is made.

The analytical engines used by the solution also allow larger files to be scanned off-line. A cloud sandbox should also provide further protection with dynamic analytics.

According to the security specialist it was important to add DNS to the cloud solution because the first step is in a web request. By already blocking traffic at that point, less security alerts from other security solutions are generated. This reduces the workload of the security teams within companies. In addition, this form can also be implemented with a simple DNS configuration change.

Adding a cloud proxy to the cloud-based security solution, which already took place last year according to Akamai, should give end users more tools to investigate URL traffic – thus providing more insight. Also, this functionality should give them more capabilities to investigate malicious payloads.

Finally, Akamai is also developing its own network of proxy servers for its Enterprise Threat Protector service. The security specialist indicates that it now has proxy servers in 56 cities in 29 countries. This should be further expanded by the end of this year. 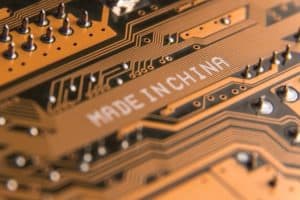