Shortly after they voted to designate Russia as a state-sponsor of terrorism, the European Parliament’s website went down.

The European Parliament website was taken offline for several hours on Wednesday by a distributed denial-of-service (DDoS) attack. The attack came shortly after the MEPs voted to designate Russia as a sponsor of terrorism. The parliament’s website was back up and running normally shortly after 1700 GMT, around two hours after the institution had reported the outage.

European Parliament President Roberta Metsola confirmed the attack while the site was still down on Wednesday. “The European Parliament is under a sophisticated cyberattack”, she tweeted. “A pro-Kremlin group has claimed responsibility. Our IT experts are pushing back against it and protecting our systems. This, after we proclaimed Russia as a state-sponsor of terrorism.”

The parliament issued a very strongly worded document condemning the Russian government. “The deliberate attacks and atrocities carried out by the Russian Federation against the civilian population of Ukraine, the destruction of civilian infrastructure and other serious violations of human rights and international humanitarian law amount to acts of terror against the Ukrainian population and constitute war crimes”, MEPs said in a non-binding but highly symbolic resolution.

The resolution was adopted with 494 votes in favour, and 58 against. There were 44 abstentions. The European Parliament’s chief spokesperson, Jaume Duch, said in a Tweet that the outage was due to “high levels of external network traffic”, but did not name a potential culprit.

An article in Ars Technica says that the pro-Kremlin group president Metsola referred to is likely the one known as Killnet. The gang of “hacktivists” was found to be tied to the Russian military by Google. They became active at the start of Russia’s invasion of Ukraine and have posted claims of DDoS attacks in countries voicing support for Ukrainians.

Their targets have included police departments, airports and governments in Lithuania, Germany, Italy, Romania, Norway and the United States. Metsola said the DDoS attacks on the European Parliament were “sophisticated”, but did not provide details about the means and methods of the hackers. “My response: #SlavaUkraini”, she concluded, referring to the slogan “glory to Ukraine”. 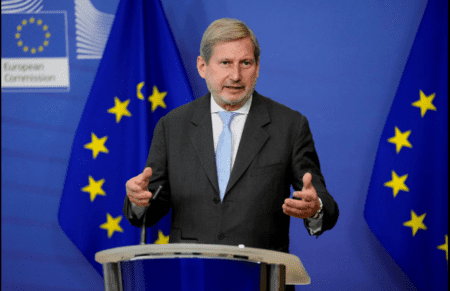