Here you will find all the articles with the tag: Discord. 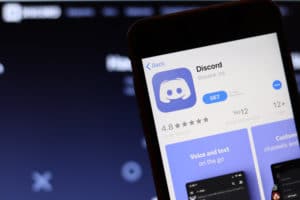 The French CNIL has demanded a fine for violations of the EU's GDPR. French privacy and data authority CNIL announced that US tech company Discord has been fined €800,000 for violating the EU's GDPR. Discord is a platform that allows users to communicate over the internet via microphone, c... Read more

The COVID-19 pandemic has tilted the tables toward the social network. Messaging platform Discord has ended deal talks with Microsoft and plans to focus on expanding the business as a standalone company. This is according to a Reuters report based on sources familiar with the matter. Reuters... Read more

The negotiations between social medium Discord and Microsoft about a possible acquisition are at an advanced stage. The company is said to have no other potential buyers in mind. There is talk of a takeover sum of more than 10 billion dollars. The Wall Street Journal writes this based on its own... Read more

Discord seems to be toying with the idea of putting itself up for sale. Microsoft is one of the possible buyers, but an IPO is also being considered. The sale should generate over 10 billion dollars. Bloomberg sources report this. Discord is said to be talking to several parties about an acquisi... Read more