Nutanix is hosting its annual .NEXT conference this week. The company made several announcements, and it appears that Nutanix is mainly focusing on improving its product offering. There are some new solutions, but all within the ecosystem to enhance the Nutanix platform. The focus is primarily on speed, simplicity and security.

Nutanix has rapidly transformed its on-premises hyperconverged infrastructure into a fully hybrid multi-cloud platform over the past few years. The focus on hardware has completely disappeared, and everything is software-defined. It now has its infrastructure in almost every cloud on which it can land customers. However, customers can also choose to deploy Nutanix themselves in one or more clouds of their choice. These can then be linked together or to their on-premises environment.

In addition, with Frame, Nutanix has tried to make VDI more attractive, and with Nutanix Era it is trying to help the database administrator by making their job easier. In some ways, Nutanix is disruptive to the IT market as it tries to reshape IT. Mainly by making complex things simpler and bringing together IT teams that would generally work in tandem. Looking at what Nutanix is presenting this year, it seems to be a focus on quality, making the platform better rather than broader. All of these improvements are in Nutanix Acropolis 6.0 (Nutanix AOS 6.0).

In the announcements during .NEXT, there were quite a few innovations that provided performance improvements. Nutanix states that it doubled the storage performance for database workloads. Big Data workloads can even count on a tripling of performance. All without complex reconfigurations, simply updating to the new version should be sufficient.

Also, scaling up the storage capacity of databases can now be done with a few mouse clicks. It was possible before, but the Nutanix cluster often needed several hours to make the extra storage capacity available. The scaling is now arranged almost instantly for PostgreSQL, MySQL, Microsoft SQL Server and Oracle databases. Nutanix has also added better support for Intel Optane so that latency is lower when storing data.

Finally, Nutanix introduces a new replication factor. Previously it was possible to have 2 or 3 copies of data within a Nutanix cluster. In case of hardware failure, 1 or 2 copies are still available, and the cluster can automatically restore the data. However, Nutanix has concluded that customers also need a factor of 1, i.e. no data copies. Many innovative data solutions already have a form of redundancy built into the application layer. It is therefore not necessary to do this again at the infrastructure level. It then makes sense to switch this off. If the Nutanix platform does not need to keep copies, it gets a performance gain of about 300 percent. Especially applications with large data lakes can benefit enormously from this.

Companies also have a lot of unstructured data. The challenge with unstructured data is, that it is harder to understand what it is, what it is for, and, more importantly, how vital the data is. Nutanix has now introduced Nutanix Data Lens as an extension to Nutanix AOS 6.0. Data Lens is a new cloud service designed to provide customers with insight and protection for their unstructured data. For example, it provides insights into where the data resides, on-premises or in the cloud, who has access to the unstructured data, who accessed the data, when, how often, etc. In addition, ransomware detection is built-in. If files are suddenly consulted a lot and show abnormal behaviour, Nutanix can warn IT administrators. Nutanix states that it can now detect 4000 different types of ransomware and offer protection against them.

To better manage this unstructured data, Nutanix AOS 6.0 offers the ability to move the data to Nutanix Object, AWS S3 or Azure Blob Storage. Nutanix also adds disaster recovery capabilities. The disaster recovery feature can recover files up to the minute via a self-service restore function.

It is also possible to easily synchronise data and workloads to the cloud for disaster recovery. If the local data centre is unreachable or clusters fail, those workloads can be started in the cloud using a disaster recovery procedure. Downtime is minimised, and the business can continue as if nothing had happened. The connection used to make these backups from the on-premises environment to the cloud is fully encrypted.

Nutanix has invested heavily in the development of its network architecture. A better network architecture was needed to make things like disaster recovery possible between environments at different locations. In addition, there were also some things on the wish list of Nutanix customers in terms of networking. With Flow Networking, these are now largely met. With Flow Networking, Nutanix is finally introducing Virtual Private Clouds (VPC), which has been available with the hyperscalers for some time. It is a software-defined approach to networking which, as we are used to from Nutanix, is offered as simply as possible.

Tying networks together was already possible, but now micro-segmentation has been added instead of simply connecting the Nutanix on-premises and cloud clusters together. It is now also possible to determine which applications are allowed to talk to each other and which are not. By adding micro-segmentation, applications can be separated from each other on the network, which improves security.

However, Nutanix has also foreseen that this is difficult for many companies. If you have hundreds of applications running, it is impossible to quickly determine which applications talk to each other and which do not. Flow Networking has a powerful AI module that monitors all network traffic. This module can also make recommendations over time on how to apply micro-segmentation. If this can be applied properly, you can eventually move towards a zero-trust model, where the network can provide that extra security.

All in all, Nutanix is expanding its platform a little, but mainly in-depth, to increase the quality of the platform. The security of a Nutanix Platform is improved with Flow. In addition, better performance is always welcome. Earlier this year, we analysed Nutanix Era, a solution where database administrators are greatly relieved of their repetitive tasks.

Nutanix continues to improve its platform at a rapid pace. It is also one of the few that can offer a uniform platform covering both on-premise environments and various public cloud providers. 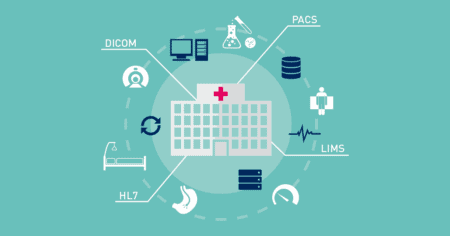