Facebook is being sued by advertisers. The company is said to have increased the ratings of advertisements by more than 900 percent. At the same time, CEO Mark Zuckerberg’s social network knew for more than a year that the figures were not correct, but did not announce it.

A group of advertisers is suing the social media giant for deception. Facebook would have tempted advertisers to buy video ads on the platform. Advertisers got on board because they believed that Facebook users watched video ads longer than they actually did.

Facebook’s unethical behavior, according to the complaint, is fraud, because it probably had misled advertisers. These are new accusations that are made against Mark Zuckerberg, after a case was brought earlier in 2016 about erroneous figures about advertisements.

In the course of January 2015, Facebook discovered that the statistics on video advertisements were not correct. The company understood where the problem was within a few months, but did not share that information for more than a year. That’s what the prosecutors in their case against Facebook say.

The company denies the accusations. “The suggestion that we have tried in any way to prevent our partners from accessing this information is incorrect,” said the company in a response to the Wall Street Journal. “We told our customers about the mistake when we discovered it – and updated our help center to explain the issue.”

In 2016, Facebook revealed the measurement problem. It then stated that it had “recently discovered” the problems. The firm argued against advertisers that the company had exaggerated the viewing figures for video ads by 60 to 80 percent, but the complaint states that the average viewing time was exaggerated by between 150 and 900 percent.

For two years, Facebook only included videos viewed for more than three seconds in its statistics. Videos that were not, simply did not count for the company, which made the average viewing time longer. In the meantime, all video viewing times are taken into account. 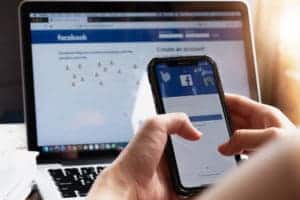