Twenty-four hours after Microsoft resumed the rollout of the Windows 10 October 2018 Update with a month’s delay, the counter for new bugs is at three.

The main problem relates to the operation of assigned network drives. This is a bug that was noticed and reported even at the first launch of the update, but Microsoft has not yet fixed it.

The new 1809 update to testing and everything seems fine, except that all allocated drives to Windows 2012 files are displayed as unconnected (red x) after a reboot or log off, a user already wrote on October 5 on Microsoft’s TechNet forum. Several users then helped him with reports of similar problems.

Microsoft has since acknowledged the bug and says it is working on a solution. However, the giant from Redmond says that this will take at least until 2019. Microsoft does offer temporary workarounds, but these can potentially lead to problems with other applications, experts warn. If you work a lot with assigned network drives and fear that you will be confronted with the problems, it is better to postpone the update.

There is also a compatibility issue specific to users of Trend Micro’s OfficeScan and Worry-Free Business Security software packages. At the request of the security vendor, Microsoft has suspended the roll-out of the Windows 10 October 2018 Update for the users in question. For more information, visit this Trend Micro webpage.

A third problem relates to systems with an AMD graphics card from the Radeon HD-2000 or 4000 series on board. For these users, tabs in Microsoft Edge may not work properly after performing the update. In this case, too, the roll-out is temporarily blocked in order to prevent further problems.

Microsoft rolled out the Windows 10 October 2018 Update earlier this week, after being forced to temporarily revoke the update during the initial rollout at the beginning of October. Several users were faced with lost personal files after performing the update.

Microsoft solved the problem, promised to restore the lost files and felt confident enough after a month of testing to roll out the update again. The fact that new bugs occur so quickly is not in itself incomprehensible because of the great complexity and the many moving parts that make up an operating system. It does raise questions about Microsoft’s quality control and especially whether the half-yearly update rate that the company has been using since Windows 10 is not too fast. 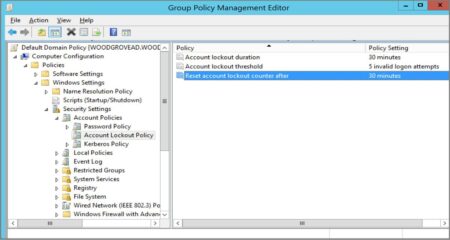