Nine out of ten IT professionals are frustrated with their company’s software. 89 percent say they spend close to a day a week on unwanted or overcomplicated software.

Freshworks questioned 900 European IT professionals on their experience with business software. The average professional spends seven hours a week on unwanted or ovecomplicated software. More than half say their organization pays for SaaS features that are never used.

Forty percent say a ‘large part’ of their business software is difficult to use. Just under half feel like the software was developed more than a decade ago. That estimate likely isn’t far off. Legacy software is an industry-wide problem.

New applications are a major investment. As with any large expense, an organization hangs on tight. Updates to business-critical applications are postponed for as long as possible. Adjustments may go wrong — and mistakes cost money. “If it ain’t broke, don’t fix it”, the saying goes.

Organizations ignore outdated applications to save money, but some achieve the opposite. According to Freshworks, useless technology manually costs $84 billion in the United States. That equals $10 million per hour. Although the European figures are unknown, it’s safe to assume a significant price tag.

The Freshworks report shows that outdated software has a serious impact on the workload and happiness of employees. The figures are worrying, but that doesn’t do much good. It’s remains extremely difficult to determine how much money an outdated or inefficient application costs. The price of new applications and updates, however, speaks for itself. Companies opt for certainty, and legacy applications stay running as a result.

The problem has several solutions. Low-code is an example. The technology makes it easier to develop and update applications. As a result, employees need less training to contribute. Development costs go down, which incentivizes organizations to replace outdated apps.

Freshworks, the study’s initiator, sees a different solution. The organization believes that users of outdated SaaS solutions should simply switch to modern alternatives. “Legacy SaaS companies have overextended on making sure their technology ticks all the feature boxes on the CIO’s list”, the organization describes in the report. “Users are getting bogged down with add-ons, most of which go unused, which means they often hate the software they use all day long.”

By its own admission, Freshworks does a better job. The organization develops multiple SaaS solutions for customer service, marketing, HR and IT Service Management. “IT teams want software that’s easy, fast and just works”, the organization concludes in the report.

Tip: Outdated systems and lack of IT knowledge are a ‘toxic cocktail’ 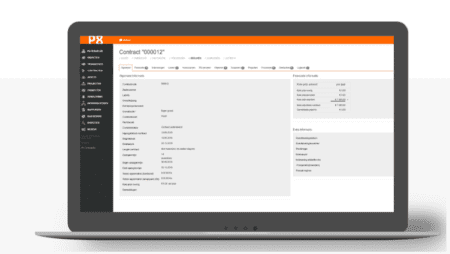