Microsoft has understood the message that the current version of Skype is too extensive and complicated. Just when it wanted to stop an older version of Skype, it extends it and starts tinkering with a new, simpler version.

Microsoft has its hands full with Skype. Many customers have written to Microsoft asking for Skype to be made simpler again. In their opinion, the current version is too complex and contains too many functions that are not used. Because Microsoft has experimented with new designs in the past, basic functions have become far too complex.

One of the most important new features is now being buried: Highlights. This was Microsoft’s response to Snapchat a year ago, but was very poorly received by the press and public. However, it took a year for Microsoft to pull out the plug.

Peter Skillman, design manager of Skype and Outlook, admits the errors. By experimenting, we have lost sight of the basic functionality. Calling was made much more difficult and Highlights hasn’t become the success we had in mind. We must therefore take a step backwards and simplify it.

Today’s designers are now focusing very strongly on the main reason why people use Skype: (Video) calling and sending messages.

On mobile devices, Skype only gets three buttons: Chats, Calls and Contacts. Together with Highlights, Capture will also be removed from the app. The new menu structure makes it much easier to find people you want to talk to. You can get in direct contact with them.

The desktop version will also be updated. Old-time Skype users are once again presented with a recognizable interface. The buttons for chatting or calling can be found again in the top left corner. Microsoft also brings back the classic blue theme of Skype.

The many users who still swear by Skype version 7, the older version, get extended support from Microsoft. Originally that was going to stop working today, it’s going to be extended. The length of the extension depends on how quickly Microsoft can complete the new design.

Skype will also soon have a new feature for answering text messages directly from your computer on your Android phone. Read more about this new feature here. 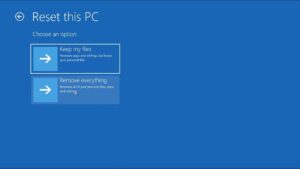