Apple unveiled its new MacBook Air on Tuesday afternoon. The device was in need of an update once in a while and has received one. The new device is equipped with a retina screen, narrower screen edges and some other improvements. The Mac Mini has also been updated.

Apple has also changed the design of the MacBook Air slightly. This is particularly noticeable in the screen edges, which, according to CEO Tim Cook, are seventeen percent smaller. As a result, MacBook Air also has a smaller enclosure and weighs less. Now the device weighs 1.25 kilograms and measures 15.6 mm thick. Partly because of the new keyboard, the laptop is so thin; it is a new butterfly keyboard like the one in other recent Apple laptops. 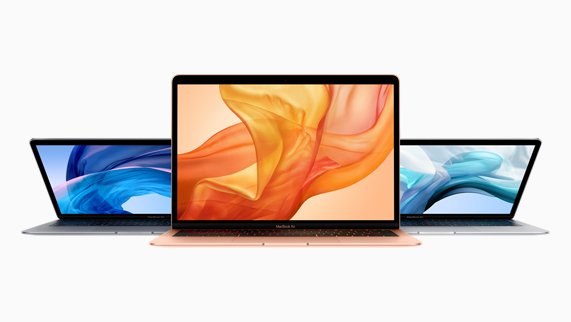 The MacBook Air is equipped with three microphones and can be unlocked using a fingerprint scanner integrated into the keyboard. Apple also provides the user with an eighth-generation dual-core processor, as well as a maximum 16 gigabyte of memory. In addition, an SSD storage of up to 1.5 terabytes is built in.

Apple has provided MacBook Air with two USB-C ports for connecting accessories. Battery life should be the same as for previous models. The cheapest version of what Apple says is the greenest Mac ever, costs 1349 euros and will be available in stores from November 7. This model has 128GB of storage capacity and 8GB of working memory.

Then there is Mac Mini, which has been updated for the first time since 2014. This Apple desktop PC features an Intel processor with four to six cores and is five times faster than the previous model. In addition, the device has a maximum of 64GB of working memory and an SSD disk is built in. 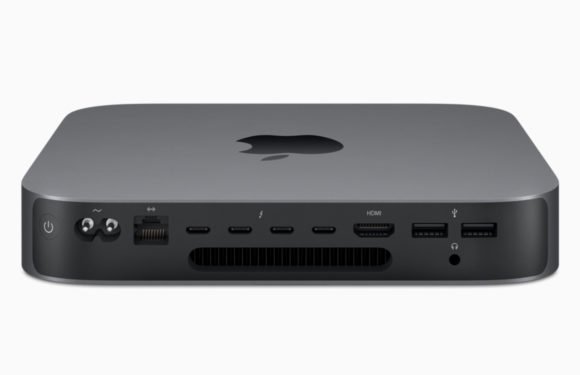 On the back of the new Mac Mini there are four USB-C ports, two USB-A ports and connectors that enable HDMI and Ethernet. The cheapest model costs $799 and will be available in the shop from 7 November. This model has an Intel i3 processor, 8GB working memory and 128GB of storage.