The API will help developers integrate the company’s technology into their apps.

This week, OpenAI announced the introduction of an API for its DALL-E image synthesis model. The API aims to help developers easily integrate OpenAI image generation technology into their apps.

“Developers can now integrate DALL-E directly into their apps and products through our API”, the company said. “They can start building with the technology in a matter of minutes.”

DALL-E is currently available as a standalone commercial service. “More than three million people are already using DALL-E to extend their creativity and speed up their workflows”, OpenAI boasted, saying their userbase is already “generating over four million images a day”.

The API allows people to generate novel 1024×1024 images from text descriptions called “prompts”. The generated images can vary in style from photorealistic to abstract, and many styles in between. DALL-E “excels at following natural language descriptions”, they say. “Users can plainly describe what they want to see.”

Integrating with Microsoft, CALA and others

Mixtiles, a fast-growing photo startup, uses the DALL-E API to create and frame emotionally resonating artwork by guiding users through a creative process. 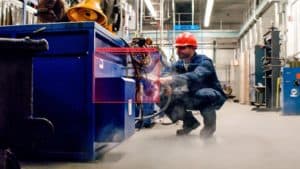