Amazon has deployed its Oracle data warehouse to make use of its own Amazon Web Services (AWS) database technology. At Oracle-CTO Larry Ellison, that still doesn’t go well. That’s how he says no one else would do it. That’s what ZDNet reports.

“We have a huge advantage over Amazon in terms of databases,” said Ellison when presenting his company‘s quarterly figures. “If we look at technology, it is unthinkable that a normal person would move from an Oracle database to an Amazon database.”

Amazon seemed to think otherwise last month. AWS-CTO Werner Vogels said Oracle’s “90s technology” lagged behind most relational databases. According to Vogels, cloud native databases are the basis of innovation. At the annual AWS conference, Vogels already responded to Ellison’s earlier accusations, who said that his best time of year was when he said goodbye to the Oracle data warehouse.

The comments didn’t seem to go well with Ellison. Moving the databases from Oracle to AWS is “only incredibly expensive and complicated”, according to the top man. “And you voluntarily give up a lot of reliability, security and performance. However, during AWS re:Invent in Las Vegas, Vogels let it be known that the enteprise organizations are queuing up to get rid of Oracle, Expedia was mentioned as an example of a company that has gotten rid of Oracle.

Ellison further stated that Oracle would not only maintain its 50 percent market share in relational databases, but would also expand it. According to him, this growth is due to the new Generation 2 Cloud infrastructure and autonomous database technology. “You’re going to see a rapid Oracle migration from on-premise to the Oracle public cloud.”

Oracle now has over a thousand test accounts of autonomous databases each month. “In addition, Oracle is also focusing on expanding its market leadership in cloud ERP, says Ellison. Fusion ERP and NetSuite ERP together generated sales growth of 32 percent in the second quarter of their fiscal year. Fusion ERP now has nearly six thousand customers, NetSuite ERP has over 16,000.

The company was able to achieve a total of 80 US cents of earnings per share in the second quarter, an increase of 16 percent compared to the previous year. Total sales amounted to $9.6 billion, the same as the second quarter of 2017. This enabled the company to exceed the expectations of analysts. They had expected a profit of 78 cents per share and a turnover of 9.52 billion dollars. 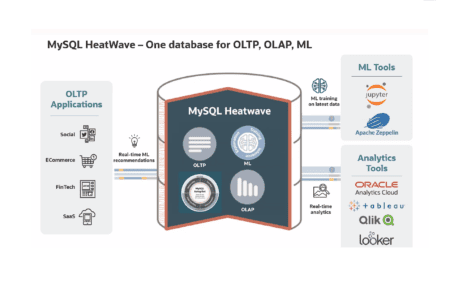