Lenovo has announced its new ThinkSystem DM5100F. The server has 48 slots for screwing NVMe SSDs into. The company claims that this should provide lower latencies than a server with SATA SSDs.

The ThinkSystem DM5100F is mainly advertised by Lenovo as a system on which customers can store their data for AI applications. Such applications are very storage intensive, so the higher speeds and lower latencies of NVMe SSDs are certainly useful.

In total, the 2U server accommodates about 700 terabytes of storage. This is complemented by 128GB RAM and multiple network connections that can handle speeds of up to 100Gbit/s. The servers can be configured per six or twelve for a SAN or NAS setup, respectively.

The new storage system can be controlled with version 2.0 of Lenovo ThinkSystem Intelligent Monitoring. This platform helps customers manage their equipment across multiple locations.

To connect the faster storage servers to your network, Lenovo has announced a new switch. The DB720S Fibre Channel Switch supports storage networks at speeds of 32 or 64 Gbit/s. Lenovo claims it has 50 percent less latency than the company’s older switches.

Finally, Lenovo has teamed up with NetApp and Nvidia to create a reference architecture for SMBs wishing to set up AI training systems. The document can be found on Lenovo’s website. 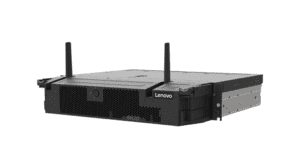 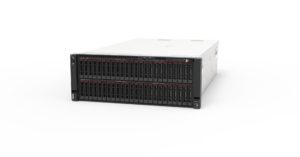 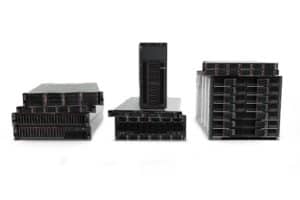