IBM presented the Osprey, a 433 qubit quantum processor. According to Big Blue, the model is a significant step in quantum computing.

The new 433 qubit Osprey processor is the successor to the 127 qubit Eagle processor released in 2021. Like its predecessor, the Osprey quantum processor is based on so-called ‘superconducting transmon’ technology. The technology uses highly conductive materials that carry electricity from one point to another without generating heat or losing energy.

Transmon qubit technology was invented by Yale University in 2007 and protects quantum processors from noise and interference. Interference can cause problems in the processors’ circuits, making it more difficult to perform calculations.

In addition to releasing the Osprey, IBM launched a major major update to the so-called ‘qubit control system’. The qubits generated by the Osprey do not perform independent calculations. That responsibility lies with the qubit control system. For this purpose, the system uses microwave pulses to determine the configuration of the qubits.

Previously, this qubit control system was based on a programmable chip (FGPA). Big Blue has replaced the chip with an application-specific integrated circuit. This chip can be further customized to improve processing speed.

The new chip uses special wiring to instruct the control system on how qubits should process computation traffic. IBM reportedly revised the wiring’s design to take up 70 percent less space and operate at a lower cost.

When signals from the control system reach the Osprey processor, each signal is routed to the relevant qubit. This is done through a so-called multi-layer wiring system integrated directly into the processor.

This wiring system has been around since the Eagle quantum processor. It consists of three layers of metal stacked inside the processor. This design should reduce interference and thereby minimize the risk of errors in qubits.

IBM also presented a new housing for the quantum processors, the IBM Quantum System Two. Among other things, the enclosure should ensure that the processors run in an environment with the desired temperature of -273 Celsius. The housing can accommodate several processors up to a maximum of 4,158 qubits. The enclosure also accommodates qubit control systems. The IBM Quantum System Two will be available next year.

With the arrival of the Osprey, Big Blue says it’s taking a major step toward using quantum processors to solve real-world problems. In the coming years, the tech giant will continue to invest heavily in further developing its quantum processors. 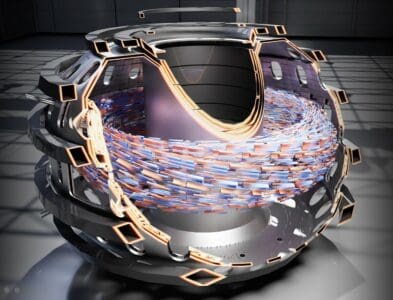