The UK government recently paid a €27 million settlement to French IT multinational Atos after failing to direct a supercomputing contract awarded to Microsoft.

In April 2021, the UK Meteorological Office gave Microsoft an £850 million contract for the construction of a supercomputer to protect public infrastructure from extreme weather conditions. Atos subsequently filed a lawsuit, claiming that the government breached its obligations under public procurement regulations.

The contract had specified that the provider needed to supply a central supercomputer system, two test supercomputers and a development supercomputer, all of which had to be “architecturally equivalent.”

Atos alleged that the government had rejected its proposal by using different processors in the development supercomputer and main supercomputer. The French IT concern was recently awarded a £24 million (about €27 million) settlement as a result. An Atos spokesperson said they were “pleased to have resolved this matter”.

The reasons behind the government’s decision to settle remain undisclosed. The Meteorological Office and the Department for Business, Energy, and Industrial Strategy denied Atos’ allegations, stating that the French company had proposed a non-compliant solution that was “not the most economically advantageous”.

“The Core Department and Meteorological Office entered into a settlement agreement with Atos IT Services UK Ltd for joint payment of £24 million to Atos, without admission of liability, in relation to a procurement exercise undertaken by the Met Office, an executive agency (trading fund) of the Department”, the Meteorological Office said in a statement to IT Pro.

According to the Meteorological Office, the settlement is in the best interest of taxpayers. Labour’s deputy leader Angela Rayner, however, criticized the government’s procurement, calling it a “botched” process that cost taxpayers money. 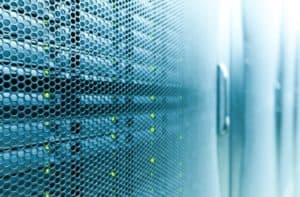 Atos launches ‘the most powerful supercomputer server in the world’.