In the run-up to the European Parliament elections, Google will oblige advertisers to first submit an application and to undergo verification before they can buy political advertisements. The search engine will also clearly indicate who pays for the advertisements.

The verification procedure is intended to prevent foreign disinformation campaigns from causing discord in the same way as during the US presidential elections in 2016. Google also announces that it will publish an EU-specific transparency report on the election advertisements, including an indication of the advertisers, including their publications.

In this way, readers would be able to look up the origin and destination of an advertisement fairly easily via a special advertising library.

Although the tech giant’s new policy rule will come into effect as early as January 2019, the publishing information will not be available until sometime in February or March of the same year, according to the tech giant’s own statement. Google has announced that it also offers training to the most vulnerable groups, who are exposed to an increased risk of phishing attacks.

In addition, the tech giant also works with news organisations from all EU countries to support online fact-checking.

Earlier, in addition to Google, Facebook, Twitter and other technology and advertising companies also promised to take protective measures to prevent campaigns for foreign election campaigns from continuing to use their platforms. Bloomberg reports that these parties had already agreed on a common code of conduct last September. In this way, they promised to combat the online distribution of fake news in Europe.

As part of that code of conduct, Google and Facebook are now committed to deploying transparency tools for political advertising in Europe, following a first implementation in the US prior to the 2018 US by-elections.

The companies themselves are said to have developed tools earlier this year that make this approach possible for the US, Brazil and the United Kingdom.

Related: Facebook and Google get further entangled in political posts 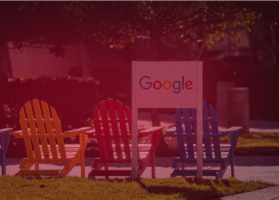