According to 86% of the CISOs working for large organisations, cyber intrusions are inevitable. That’s what a report from Kaspersky Lab says. An important development in this respect is that the IT security directors believe that they have little influence on management board members in order to convince them of the necessary investments in the fight against cybercrime.

On the other hand, the budgets for cyber security are generally growing. For 56 percent of CISOs, the budget is expected to grow, while for 38 percent it is likely to remain the same. However, 36% say they cannot guarantee the required security budget, as the absence of a breach or data breach cannot be guaranteed.

If security budgets are considered as part of the total IT expenditure, the CISOs take on other departments in the budget. One third of IT security directors experience that digital, cloud and other IT projects are given priority. This would be due to the fact that such projects are easier to formulate in a concrete ROI.

The CISOs thus experience obstacles around their budgets, while the report also states that the responsibility that rests on the shoulders of the CISOs is greater than ever. For example, 57 percent consider the deployment of the cloud and increased mobility as fixed challenges. Exactly half of them are concerned about the continuing increase in cyber attacks.

According to 40 percent of CISOs, the biggest risks for companies are caused by cyber criminals with financial motives. Kaspersky argues that such threats are difficult to prevent because of the professional cybercriminals behind them. They would also be regularly assisted by malicious collaborators, Kaspersky explains. That makes such attacks even more complex. 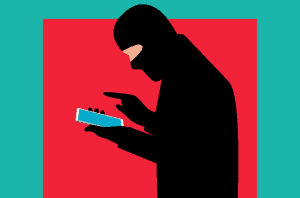 What are the current cyber security threats? An overview.