The attack warned Ukrainians to “be afraid and expect the worst”

Ukraine was the victim of a “massive” cyber-attack this week, with the websites of several government departments including the ministry of foreign affairs and the education ministry knocked out.

Ukrainian officials told Reuters it was too early to draw any conclusions but they pointed to a “long record” of Russian cyber assaults against Ukraine. The attack came after security talks between Moscow and the US and its allies this week ended in stalemate.

The cyberattack hit the ministry of foreign affairs, the cabinet of ministers and the security and defence council among others. It comes as Kiev and its allies have sounded the alarm about a possible new military offensive on Ukraine. Russia has previously denied being behind cyber attacks on Ukraine.

“Ukrainian! All your personal data was uploaded to the public network. All data on the computer is destroyed, it is impossible to restore it,” said a message visible on hacked government websites,. The message appeared in Ukrainian, Russian and Polish.

“All information about you has become public, be afraid and expect the worst. This is for your past, present and future.”

The United States warned on Thursday that the threat of a Russian military invasion of Ukraine was high.

Relations between Ukraine and Russia collapsed after Moscow’s annexation of Crimea in 2014. Thatled to the outbreak of war between Kyiv’s forces and Russian-backed separatists in eastern Ukraine that same year.

The United States said Russia might be trying to create a pretext to launch a new military assault on Ukraine. They specifically compared the situation to the circumstances in Crimea in 2014.

Ukraine believes the attacks are part of what it calls Russia’s “hybrid war” against Ukraine and its allies. The Kremlin denied any involvement, rejecting “unfounded blanket accusations”. 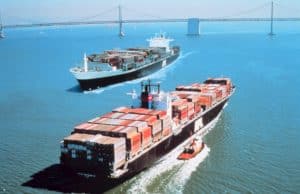 ‘Ransomware attacks dropped this year, but they’re still trending up’