OnePlus once started out as an aspiring brand that offered smartphones with the best specs of the time for little money. In the meantime, OnePlus has established a stronger position in the market. The smartphones of OnePlus still have a good price/quality ratio but have become more expensive. The OnePlus Nord changes this and brings the OnePlus DNA to a lower price point. Techzine examines how that worked out.

The question is: what is the OnePlus DNA, and how does one transfer this to a cheaper smartphone in 2020? OnePlus represents a fast and smooth experience, good software with continued support and a competitive price. According to OnePlus, it was previously impossible to repackage this experience in a mid-range smartphone, but the arrival of Qualcomm’s Snapdragon 765G chipset changed this. This modern 5G chip offers what comes close to a high-end performance but at a lower price. For this reason, it is at the heart of the OnePlus Nord. With a price tag starting at 399 euros it is cheaper than the OnePlus 8 series, but it still provides a similar experience.

Although this is a middle-class smartphone we’re talking about, at first glance it doesn’t come across as one. The back of the OnePlus Nord is made of glass, and the frame is made of plastic. Both the back and the frame are shiny, and the smartphone is available in the colours grey or blue. OnePlus accomplishes something special with the appearance: both the colours and the finish of the smartphone feel a tad cheaper than the more expensive OnePlus 8 series, but on its own, the smartphone has a luxurious appearance despite its plastic frame. For a mid-range phone, it certainly doesn’t look bad.

The side of the Nord features a slider to switch between silent mode, vibration mode or sound on. This is a convenient addition that is unique to OnePlus. In previous devices, the slider was sometimes too sensitive, which could result in turning the sound on accidentally, but we haven’t experienced this problem in the OnePlus Nord.

The security of the OnePlus Nord is easy to set up. In addition to the standard PIN code, you can use either a fingerprint scanner integrated into the screen or facial recognition. The latter uses the selfie camera, and it is not very safe, but facial recognition is fast and pleasant to use. The fingerprint scanner is a mid-range scanner in terms of performance: it is not particularly fast and still has some difficulty recognizing a finger, but it is still usable.

Unfortunately, the OnePlus Nord is not equipped with a 3.5-millimeter audio jack. It is normal not to include an audio jack in expensive smartphones, but in this price category an audio jack is still a welcome sight. It is a shame that OnePlus opted not to include one. The Nord also lacks stereo speakers and a memory card slot, but that is not as much of a problem. The singular speaker of the device sounds okay, and the default storage of 128GB will be sufficient for many users. Those who require more storage can opt for a 256GB version that costs a hundred euros more.

A beautiful display is one of the key aspects that makes using a smartphone enjoyable, and OnePlus understands this. Despite its low price, the OnePlus Nord does not make any compromises when it comes to the display. It has a 6.44-inch amoled screen with Full HD+ resolution, which provides excellent image quality. The brightness is more than sufficient, the colours are beautiful, and the contrast is endless. Furthermore, OnePlus has opted for a screen with a refresh rate of 90Hz, which makes scrolling a smooth experience.

The only downside of the display of the Nord is that it features a rather large notch for the front cameras. Because OnePlus put not one but two cameras in the front of the phone, it takes up more space. Especially when it comes to business purposes, keeping the interference in the screen to a minimum seems more important to us than the additional selfie camera, but that’s a personal decision for everyone.

Fast on every front

The performance of the OnePlus Nord is something that everybody will like. OnePlus considers the octagonal Snapdragon 765G chipset in the Nord to be the first mid-range chip that results in a performance that is fast enough. Furthermore, OnePlus has optimized its software for the Nord so that it can get the most out of the chip. We can confirm they did a great job.

The one time you notice that the Nord is not as fast as high-end smartphones is when using very demanding applications. The difference is hardly noticeable with normal use such as reading, sending emails or viewing documents. Depending on the specific version, the internal memory (RAM) is 8GB or 12GB. The 8GB option will be more than enough for most users, but the Nord can compete with the best in the market when using 12GB of working memory.

Support for 5G networks is also readily available, which is especially nice as more and more providers support 5G. This ensures that you can continue to use the fastest networks with the Nord in the years to come.

The Nord can be charged very fast as well. The smartphone uses Warp Charge 30T; the technology of OnePlus to charge with 30 watts. This means that you will have 70 percent battery charge in just thirty minutes, which makes it very easy to charge your phone in between meetings. We are used to this feature in expensive smartphones; but it’s nice that the cheaper Nord offers the same functionality. That said, it is certainly not necessary to charge after every meeting: the OnePlus Nord, with its 4115mAh battery, can easily last a day even when used intensively.

Sophisticated software, yet with a business flaw

Certainly one of the most important components of a OnePlus is the OxygenOS software used to run the OnePlus Nord. It is just as functional as the brand’s expensive smartphones. The software is fast, has a simple and streamlined interface and is bursting with added features. In addition, OnePlus offers the same update schedule for the Nord as for its top-of-the-range smartphones: the device receives at least two years of Android upgrades and three years of security updates. For a mid-range smartphone, that’s really good.

Nevertheless, the software of the OnePlus Nord also has its drawbacks on an enterprise level. The smartphone is not part of the Android Enterprise Recommended program, and OnePlus has no business solutions of its own. As a result, the device won’t be accepted within all companies with a BYOD program and is also a less attractive purchase for companies. It is difficult for IT departments to manage a pool of Nord devices remotely.

OnePlus proudly boasts that the Nord is equipped with six cameras: two in the front and four in the back. The front features a 32-megapixel main camera and an 8-megapixel wide-angle camera; besides the 48-megapixel primary camera, the back features an 8-megapixel wide-angle camera, a 5-megapixel depth sensor and a 2-megapixel macro camera. The two latter cameras are actually not very useful. Portrait mode is not working optimally despite the additional depth sensor. The macro camera is fun to use in theory, but sadly it simply lacks quality.

The OnePlus Nord only really has four useful cameras. Both the primary cameras in the front and in the back provide good results. The main rear camera, in particular, produces beautiful, colourful photos with plenty of detail. The quality drops in the evening, but even then, it is still acceptable.

With the Nord, OnePlus succeeded in transferring its DNA to a cheaper smartphone. The great performance, excellent software and a complete set of features ensure that the Nord feels exactly as we are used to from OnePlus. The Nord has no real drawbacks, and that makes it the ideal mid-range consumer smartphone. At 399 euros, it is no longer the flagship killer that OnePlus used to make, but it is still an excellent affordable smartphone.

Unfortunately, it’s a different story on the enterprise-level: the smartphone is not part of the Android Enterprise Recommended program and OnePlus does not have business management solutions of its own. If your company doesn’t use these solutions, the Nord is an excellent choice, and because of the constant updates and continued support, it remains safe to use for a long time. Unfortunately, this means that the OnePlus Nord won’t be as interesting for a particular group of professionals. 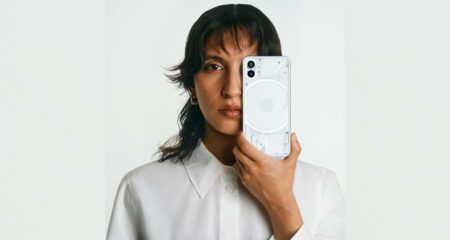 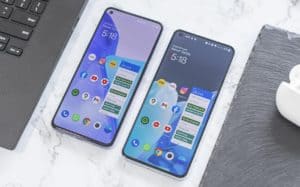 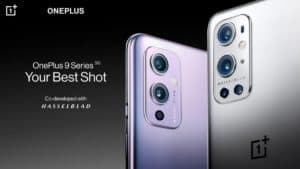 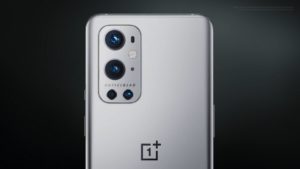 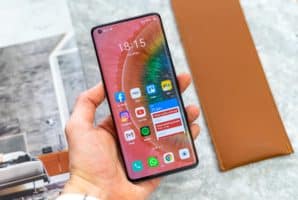