The ‘godfather of process mining’ Wil van der Aalst joins Celonis as Chief Scientist. The Dutch professor, who is considered the founder of the discipline, will play a major role in the strategy within the company. Where exactly is the product going? According to Van der Aalst, there are two trends: the software is moving more towards Execution Management and object-centric process mining.

At Celonis, they’ve been expanding a lot lately. The company initially positioned itself as a process mining specialist; it’s now increasingly talking about its Execution Management Platform. More and more actions are now linked to analysing data to find bottlenecks in business processes. The insights from process mining are valuable, but they are of little use if there is no action. And so, process mining is increasingly triggering actions and entering a new phase.

Van der Aalst also sees this movement. “So it’s about connecting process mining with automation. Those worlds are coming together. Organisations don’t pay for diagnostics. They find it interesting and fun, but ultimately the goal is to improve processes.”

Through process mining, an organisation knows what is really happening. What problems and undesirable issues are there? Think, for example, of a supplier constantly changing prices and thereby generates additional work. An Execution Management Platform can identify such issues through process mining and subsequently trigger a workflow to address the problem.

Van der Aalst also points out the difference between current automation possibilities and ‘classic automation’. The Chief Scientist refers, among other things, to old workflow management systems. “That didn’t work because we were always trying to automate something that had nothing to do with reality. The big failure with workflow management systems and Business Process Management was that you can’t replace a system like SAP. SAP is there; it is incredibly complex. It is utopian to think that you build a new workflow system that somehow does what SAP does. That’s not going to work. That’s why a lot of the things we did in the past were not realistic.”

However, systems like SAP, Salesforce and Oracle, for example, will continue to exist because of their many advantages. So you can gain efficiency in that by applying process mining to it. “Where are compliance and performance issues? Because you detect that, you trigger actions or workflows that address the problem. You use the systems that are already there”, says Van der Aalst about the automation that Execution Management supports.

Van der Aalst also sees another process mining trend. He points out how processes are analysed with the algorithms. Event logs are used for this. A log contains an event that refers to an activity, a Case ID and a time stamp. “Here, you assume that it is always like this. If you look at hospitals, for example, the typical Case ID is a patient. That is very clear, and then the classic idea of process mining works fine.”

However, according to the Chief Scientist at Celonis, many processes do not work with a single Case ID. He describes how this often works in practice. “In e-commerce companies, for example, you see that activities/events can relate to customers, items, orders and deliveries. If you apply the classic process mining method to these, the question is what you should choose as a Case ID. The conclusion is that I cannot do that”, Van der Aalst states. “In the research world, we, therefore, have a new trend, which we call object-centric process mining. Here, events do not refer to a single case, but they can refer to any number of objects. Those objects can be, for example, machines, customers, payments. And then you get a more holistic view of what is actually happening.”

Together with Execution Management, object-centric process mining is a defining trend for the coming time. Van der Aalst wants to play a role in this at Celonis because, in his position, he gets the necessary influence on the product strategy. From that perspective, he also makes a conscious choice to commit to a company now actively. Previously, Van der Aalst was an independent professor who also held advisory positions at certain companies. Now, however, he is making an exclusive commitment to the process mining giant.

One of the reasons to join Celonis is that Van der Aalst encountered limitations in the academic world. “For a long time, I had the feeling that we in academia were ahead of what was happening in practice. It was quite easy to do things that were not yet possible in practice hoping that businesses will eventually use it. But now I see that many of the research questions we are working on, it is no longer possible to do them in the lab alone with open-source software. It would only work if the industry used the open-source software on a large scale. And that we can do that with our software at the companies. The development power of the past, as opposed to the current situation in which we cannot create a product that a company applies on a large scale. So research questions for innovation and change, those you can no longer answer with open source.”

At Celonis, Van der Aalst expects to be able to achieve this innovation. He’ll be supporting teams who are working on new features, as well as developing new ideas. In his position, he’ll also work together with the CTO, for example, to determine the vision.

Van der Aalst will also play a role in the Celonis Academic Alliance. This alliance maintains contacts with universities and the scientific world to teach future IT professionals about process mining. Joint courses are set up for this purpose, among other things.

The founder of process mining has gained considerable influence at Celonis and, therefore, in the process mining world. According to Van der Aalst, there’s still plenty to innovate, with a number of trends defining the future. We’re curious what’s going to happen in the near future. 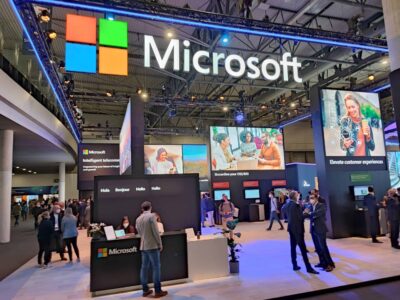 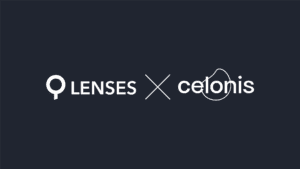