Microsoft has given Outlook a new, simplified look. The new version is now available as a public preview. Members of a Targeted Release will be given the option to try out the new version as of next week. It is not yet known when the final version will be rolled out.

The new look also comes with some new features. For example, the mail program will predict what a user wants to look for, based on recent conversations and people with whom they work most frequently. That’s what Microsoft says in a blog post.

In addition, a module for files is added, in which all files sent or received via the inbox are displayed. This should make it easier to find files. Outlook also brings intelligence technology to the inbox for faster mail response. These are suggested answers, which are also in Gmail, for example.

It also simplifies the way in which access is given to add-ins. This brings apps to the inbox to complete tasks faster. It is possible to use apps and services from Boomerang, Evernote, Giphy, Microsoft Translater and PayPal from the inbox.

In the new version, they appear next to actions for e-mails or in the drop-down menu when an e-mail is opened. Frequently used add-ins can be pinned down.

Microsoft now lets users quickly add events to the calendar with new event icons. This makes it easier to recognize events and see suggestions for locations to get the address. With new intelligence technology it is also possible to find the best space for the meetings, based on attendees, time, availability and personal preferences. 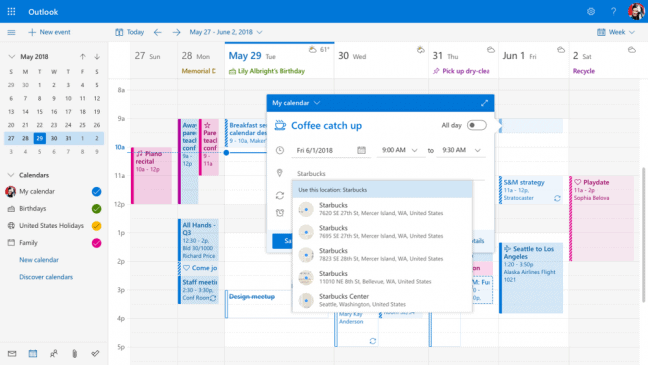 Finally, Microsoft has brought more options for groups to Outlook. It was already possible to work together on the basis of groups. Now the existing functions have been improved, making it easier and faster to create groups. There will also be new functions such as viewing files from certain groups.

Furthermore, group cards can now be used anywhere within Outlook. On this basis, information about the membership can be viewed, among other things. Group owners can also take actions in the area of memberships, and navigate to group apps. 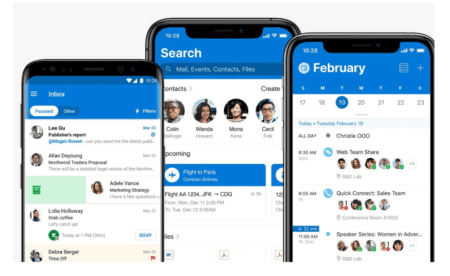 Microsoft is working on Outlook Lite, a faster version for Android