The robots will initially be deployed to the facilities of NTT Data’s Japanese operations. The company plans to make them available as-a-service at a future time.

The company trialled the bots from August 2022 to November 2022. The fact that the machines are expected to be physically and figuratively rolled out to additional datacenters very soon suggests that they have succeeded.

According to NTT Data, the machines can save human datacenter employees one to two hours per day on routine tasks. NTT Data claims the robots can eliminate up to 80 percent of inspection work when AI is used to direct the bots toward the most important tasks.

NTT’s inspectors employ 4K cameras with the ability to monitor equipment in frameworks and report on faults. The arms look to have grippers, but it’s unclear if the robots can compete with Alibaba’s datacenter inspection robots, which are capable of changing disks in racks.

NTT Data intends to use the bots in its Japanese datacenters and eventually provide them as-a-service. There is no word on whether the business will set up bots in the other 20 datacenters it runs around the world.

The selling point of the bots will always be that they provide a quicker and more affordable way to automate datacenter inspection. According to NTT Data, automation is especially important for datacenter operations due to the global shortage of skilled labour. 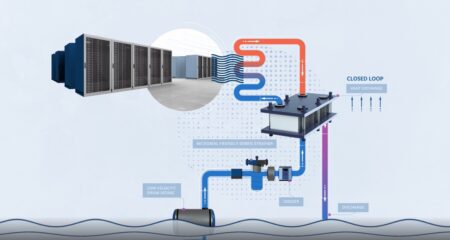