European publishers and advertisers are struggling with the implementation of industry association IAB Europe’s new advertising platform. Companies doubt the system’s compliance and suspect there’s more to the release than meets the eye.

Last year, Belgian privacy regulator GBA declared that IAB”s platform violated the GDPR. The industry association was given the chance to adjust its system and policies accordingly.

The issue revolved around the automated auctions of IAB’s old platform. The auctions ran on data obtained through cookies.

First-time website visitors are typically asked consent for cookie tracking. Most visitors approve while unaware of the implications. The data collected forms the basis for automatic ad auctions.

Although IAB adjusted its platform in an attempt to comply with the GDPR, the specifics of the changes are unclear to many European publishers and advertisers.

Neither IAB nor the Belgian privacy regulator have said much about the new system, leaving European publishers and advertisers in doubt about when and how they should implement the platform.

Privacy activist Bits of Freedom and representatives of advertisers suggest the uncertainty surrounding the new platform is the result of an ongoing court case.

The Belgian Court of Appeal is currently processing an outstanding case regarding IAB’s platform. The court recently called on the European Court of Justice to discuss the matter, which indicates it may take some time to reach a verdict.

Chances are that advertisers and publishers will wait for the case to close before implementing the new system, as time spent doing so may be wasted depending on the outcome. 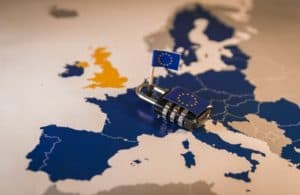