France will tax large digital companies this year. Regardless of any progress made towards an international agreement, the French Finance Minister states.

Nearly 140 countries of the Organisation for Economic Cooperation and Development (OECD) are negotiating a significant revision of the tax rules to take better account of the rise of large technology companies such as Amazon, Facebook, Apple and Google. These companies often make profits in countries with low taxes.

In January, the French government had offered to suspend the digital tax on the revenues of tech companies in France until the end of the year, while an international agreement was being negotiated. However, due to the consequences of the coronavirus outbreak, the Ministry of Finance is now focusing on saving the economy, which could jeopardise the deadline for the end of the year.

France’s national tax has been a source of disagreement with the U.S. government, which believes the tax is unfairly targeting U.S. tech companies.

Europe has long insisted that large technology companies doing business over the Internet should pay tax where they sell their services, rather than in tax havens. European politicians want a company like Google, with an annual global revenue of more than 160 billion dollars, to pay more tax in the European countries where it makes money, preferably at a uniform rate.

The coronavirus has made the topic even more urgent. The same tech giants that Europe wants to tax are earning even more money because of the ongoing pandemic now that workers are forced to work from home. But European governments desperately need this potential income to get the economy back on track. 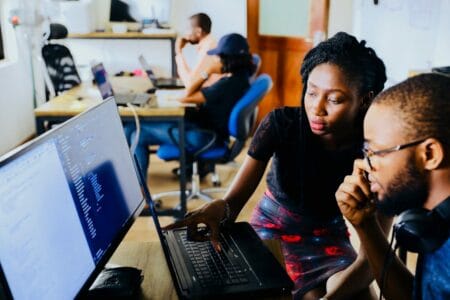