Windows 10 users can see Android notifications on their desktop

Microsoft has improved the Your Phone app, allowing app notifications on Android to be synced from the phone with PCs running Windows 10. Your Phone is an app for Android phones and Windows 10, allowing users to complete tasks on different devices.

The function was announced on Twitter by Vishnu Nath, director of program management at Microsoft Mobile eXperiences. This feature is not yet available to everyone, as it can now only be used by Windows Insiders who use the Your Phone app. The new option is being rolled out in phases, according to ZDNet.

Nath also shared a screenshot of the function on a desktop. It shows that the app notifications to an Android phone are now displayed in a notification screen in the Your Phone app on Windows 10. These include alerts and messages from apps such as Twitter, OneDrive and the Google app.

Users can also delete notifications on the PC, which means they can also be deleted on the connected phone. 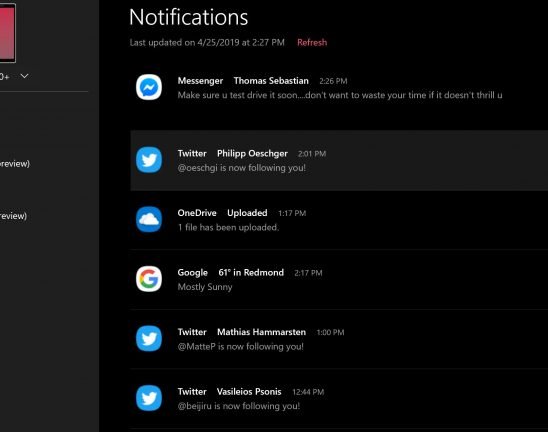 The Your Phone app was launched last year by Microsoft with a feature that synchronizes text messages from an Android phone with a PC running Windows 10. In addition, users could view the last 25 photos they had taken with a connected phone.

Since then, Microsoft has added new features to the app, which first tests with Windows Insiders. Earlier this year, Microsoft added badges and bold text for unread text messages. In addition, a mirroring function has been added, allowing users to use apps on their smartphone from their PC.

Nieuwegein Full time
Back to overview

Zoom was vulnerable to buffer overflows and memory leaks