Nearly three quarters of employees are forced to install apps for their work or use them on personal mobile devices. The majority of employees who have to do this are not happy about that. For example, people are afraid that their employer will be able to follow them, even when they are not at work.

This is the conclusion of an extensive investigation by CCS Insight. This interviewed 672 employees in Western Europe and the United States about digital technology. The study looked at how people use digital technology at work and how they feel it is changing their role at work.

Can be tracked everywhere?

The most frequently mentioned problem with technology in the digital workplace appears to be a poor connection. However, this does not prevent employees from using always-on and connected apps during their work. WhatsApp is currently the most widely used mobile app around the company, just over Microsoft Office 365.

However, 74 percent of the employees questioned said that they were not happy with the idea of using work apps on their personal devices. For example, people are afraid that their employer will be able to track them. At the same time, two-thirds of them remark that they do trust their employer with their privacy.

CCS research also shows that people are worried about the advent of artificial intelligence. Where people like the fact that a technique like Google Assistant can help with their work, people fear the loss of jobs. The added value is clear, but the loss of jobs is something that people continue to associate with the rise of AI. 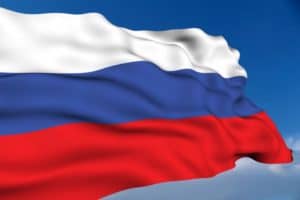 Russia requires anyone who uses a message app to identify themselves