The new system helps the company’s pitch its products for consumers and business as a part of a “whole life experience.”

Recently, Microsoft watchers have heard about the company’s “MetaOS” that is being deployed to revolutionize Microsoft’s productivity platforms across the board.

The new MetaOS will apparently have a big impact on Microsoft Teams, Office, Edge, and more. The company has avoided much public discussion of the topic but has indicated that it is a move to focus on people rather than specific devices.

Microsoft seems to want a single mobile platform that provides a consistent set of work and play services. This includes messaging, voice and video, digital payments, gaming, and customized document and news feeds. In this way, the company seems to be modeling itself a bit after Tencent’s WeChat mobile social/payment app/service.

Microsoft is working to create a set of common inbox apps and controls that will carry across products and services. It also is building a set of hubs that build on top of the MetaOS technologies. These hubs include Teams, Windows, Microsoft’s single, simplified Office mobile app (aka Office.com), Outlook, and Edge/Bing.

Under CEO Satya Nadella, Microsoft has refocused on its core business constituency from a strategy and product perspective. The company believes that it still has strength in the consumer space. Moreover, they reckon they can win in that sector by by focusing first on productivity-minded consumers and gamers.

Microsoft’s bidding war with Oracle to buying the US operations of TikTok may have been part of this new strategy. TikTok would have helped the company message that its products aren’t just for businesses, but instead focused on the “whole life experience.”

It is clear now that MetaOS forms Microsoft’s underlying architecture across platforms. It also drives its strategy for the conceptual framework of its Microsoft 365 subscription services. These services are now aggressively being marketed to both for business and consumer users, with notable success. In fact, Microsoft 365 contributed $20 billion in billed revenues to Microsoft’s FY’20 $143 billion total. That figure represents an increase of more than 50% over the previous year. 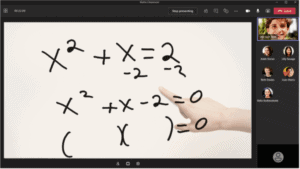 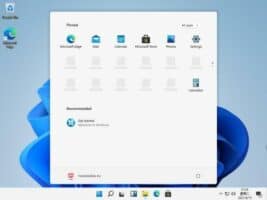