In an article published by Salesforce.com, the company states that the traditional 9-5 workday is dead. Salesforce announced some drastic changes to how its workers will fill their days in the future.

During the pandemic and the lockdowns that came after it, the company said that it surveyed staff to see how they would cope in a work-from-home situation.

The result of that was; nearly half of the employees wanted to go to the office only a few days a month. However, most of them wanted to keep a connection with the physical office space.

Salesforce says in the article, that as it enters a new year, it has to go forward with agility, a beginner’s mind, and creativity. All this includes how the company cultivates its culture. An immersive workspace is no longer limited to the office in a tower.

The employee experience, according to Salesforce, is about more than ping-pong tables and snacks.

The company said that it has come up with a solution in the form of flexibility. Even after the pandemic is over, Salesforce will offer staff three different options regarding how they work. One of them will be called ‘Flex.’

The future of work is here

In the Flex format, workers will go to the office for one to three days per week for meetings, collaborative efforts, and so on. The company stated that this is how most of its 49,000 employees will work.

The next option is ‘Fully Remote’ and sounds exactly as it is named. The last option is ‘Office-Based’ and will be for people who need the office structure or live close enough to come in easily.

Other companies like Google, Dell, and Microsoft have adopted a policy that will see many of their employees adopt a flexible model of work even after the pandemic. 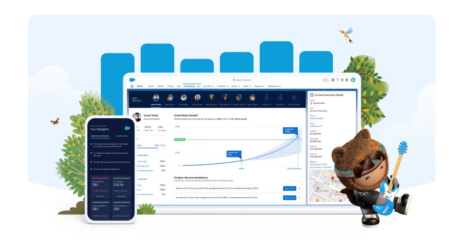 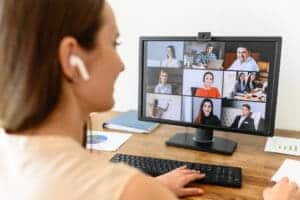 CodeT5 by SalesForce is able to recognize and develop code