Apple plans to replace third-party microLED displays with in-house alternatives, according to a Bloomberg report based on multiple sources. The move would be a blow to suppliers such as Samsung and LG.

Bloomberg reports that the tech giant wants to use proprietary displays instead of models procured from Samsung, LG, Japan Display, Sharp and the BOE Technology Group.

Apple reportedly hopes to customize products more easily and reduce dependence on the production capacity of third-party suppliers. Shifting to in-house components could help the tech giant optimize and control its supply chain.

Apple’s displays are expected to initially find their way into the latest versions of the Apple Watch. These displays are currently produced by Samsung and LG. Apple reportedly wants to replace their OLED products with microLED alternatives.

The tech giant is said to be testing a microLED display for the Apple Watch Ultra as part of a project codenamed ‘T159’. Proprietary displays for other Apple devices, such as the iPhone, iPad and Macbook, may follow at a later stage. The tech giant is expected to outsource the production of its displays to contracted manufacturers.

Apple previously replaced third-party Intel processors with proprietary M1 and M2. Furthermore, recent rumours suggest that the tech giant may replace third-party WiFi and Bluetooth processors with in-house tech, which would be a blow to suppliers such as Broadcom and Qualcomm.

Apple will unveil a dozen new hardware products this year 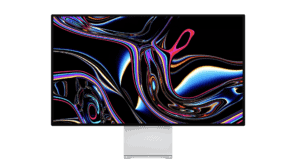