CircleCI introduced self-hosted runners, which further extend the capabilities of its cloud-based CI/CD platform. This should help developers further infrastructure management and focus on development tasks.

The self-hosted runners ensure that developers working in heavily regulated industries can more easily choose the infrastructure that handles various tasks. Self-hosted runners also provide more control over these environments. This allows developers to build and test applications for different architectures, among other things.

Self-hosted runners offer users several options with automation at their core. These include self-hosting the infrastructure for CI/CD pipelines.

In addition, the runners make it possible to specify Docker images for CI/CD images with a single line of code in the configuration process. Furthermore, new features and integrations allow developers to integrate them with Kubernetes-based APIs. This then allows the development or deletion of ephemeral pods that perform CI/CD tasks.

CircleCI also developed an integration capability for self-hosted runners with the New Relic CodeStream platform. This platform improves the observability of developers’ IDEs, allowing them to better collaborate on, visualize and observe CI/CD data.

Other new integrations within the CicleCI ecosystem include solutions such as CircleCI Kubernetes orb, CircleCI AWS-EKS orb and CircleCI Docker orb. Those interested in the functionality can use it for free right away.

Tip: GitHub warns of phishing campaign with ‘many victims’ 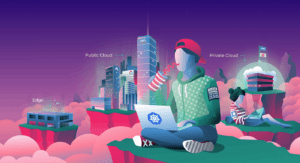