Rubrik is celebrating a milestone. The organization announced that software subscriptions generate more than $500 million (about €460 million) in annual recurring revenue. In addition, the company welcomed a new board member: Mark McLaughlin, former CEO of security giant Palo Alto Networks.

The organization is in good shape. Cybercrime is on the rise, and the demand for security services increases accordingly.

“Business is booming for cybercriminals”, said Bipul Sinha, CEO and co-founder of Rubrik. “The modern bounty of data delivers big cash payouts and the power to take down companies and governments around the world.”

“We’re on a mission to help our customers secure their data assets”, Sinha added. “We believe we’ve never been better positioned to deliver on that mission than with a cybersecurity expert like Mark at our side.”

Sinha is referring to Rubrik’s latest board member, Mark McLaughlin. The former CEO of security giant Palo Alto Networks has more than 25 years of industry experience.

“Data security threats — especially ransomware — are some of the most profound and urgent challenges every CEO, board of directors, and cybersecurity leader must be prepared to face”, McLaughlin said.

Rubrik attracted several well-known directors and executives in the past year. John W. Thompson, former chairman of Microsoft and ex-CEO of Cymantec, recently joined as Lead Independent Board Director. 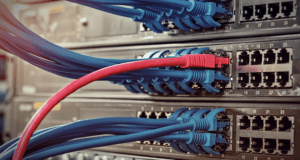