Mozilla has made its free password manager for Firefox browser users available on Android. Firefox Lockbox provides a way to retrieve passwords stored in the Firefox browser on their mobile devices.

According to TechCrunch, the app is not as developed as those of competitors like 1Password, Dashlane and LastPass. For example, the app does not have the ability to add, modify or delete passwords. It is also not possible to suggest complex passwords or to notify users of passwords that may have fallen into the hands of hackers after a data breach.

The app is meant to be used next to Firefox, so it’s completely free of charge. It is also a safer alternative to writing passwords in, for example, a notebook. And it is possible to enable Lockbox as an Autofill service on Android. This means that saved passwords are automatically entered when logging in.

However, the passwords all come from the Firefox browser. This makes the browser an important part of the service. The app itself can be secured with facial recognition or a fingerprint, depending on what the mobile device supports. The passwords are also encrypted in such a way that Mozilla is unable to read data.

Firefox Lockbox is a project developed by Mozilla using the now closed Test Flight program. This programme allowed the organisation to try out more experimental functions. Some of these features were rolled out to official products. An example is Firefox Send, which makes it possible to share files.

Other experiments in the program are Firefox Color, Side View, Firefox Notes, Price Tracker and Email Tabs. All these projects will remain available, but they will no longer be actively worked on. Sometimes updates appear that are carried out for maintenance purposes. 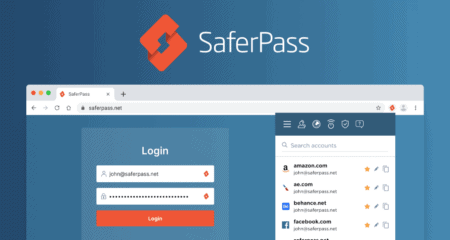